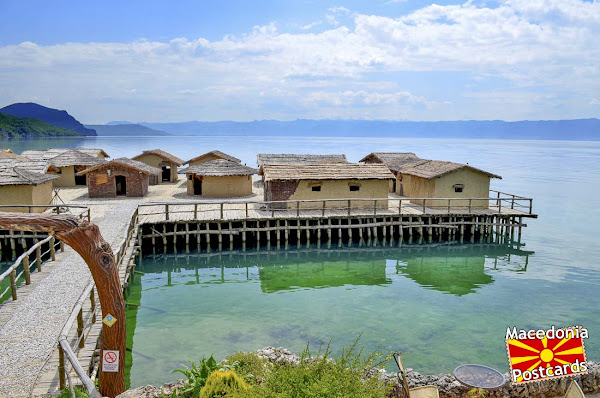 The underwater archaeological research on this site “Плоча Миќов Град” (Plate Michov City), started in 1997, and in 2007-2008 was performed reconstruction of part of the settlement which presents attractive archaeological site on the attractive area of the lake. 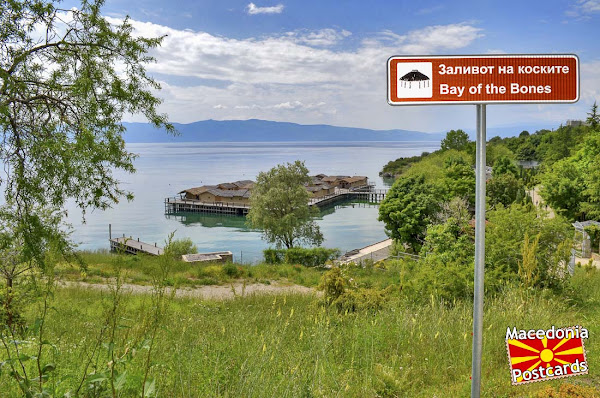 Ohrid lake abounds with remains of prehistoric settlements, ancient and medieval objects that were submerged in water, mainly due to fluctuations of water levels, fishing activities or during the performance of lake traffic through past centuries. 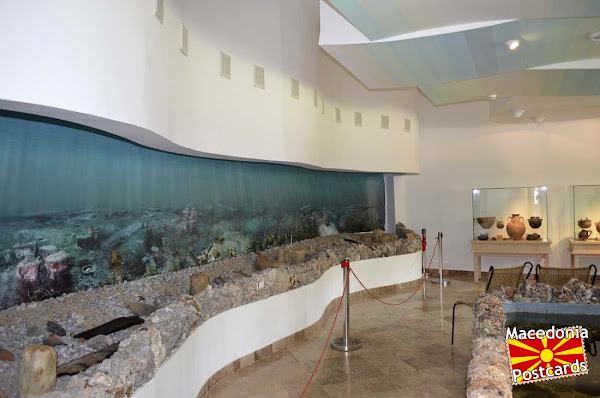 On the locality Plate Michov City was discovered prehistoric pile settlement belonging to the period of Late Bronze and Early Iron Age. 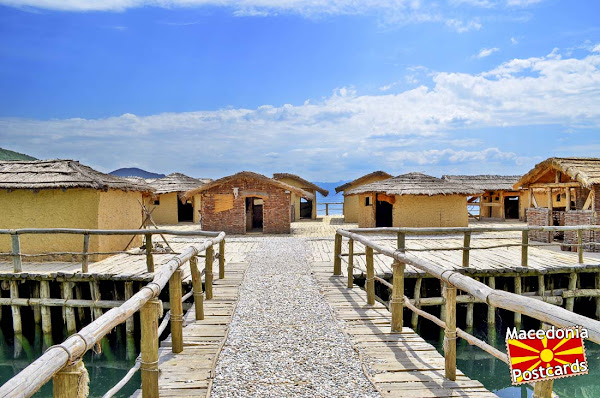 “The Bay of Bones” represents an attractive museum complex that has various represented content: reconstructed settlement over the waters of the lake, Roman castrum which is conserved, restored and presented to the highest plateau of the hill “Gradiste” accessible building with museum cabinets and facility for implementation of marine tourism. 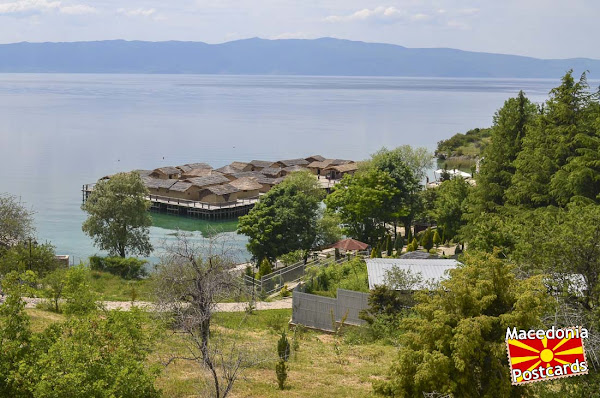 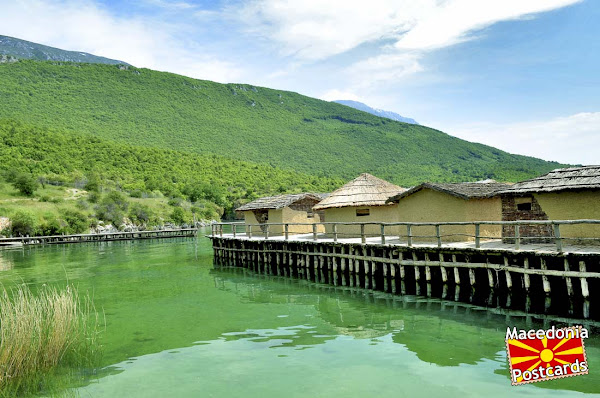 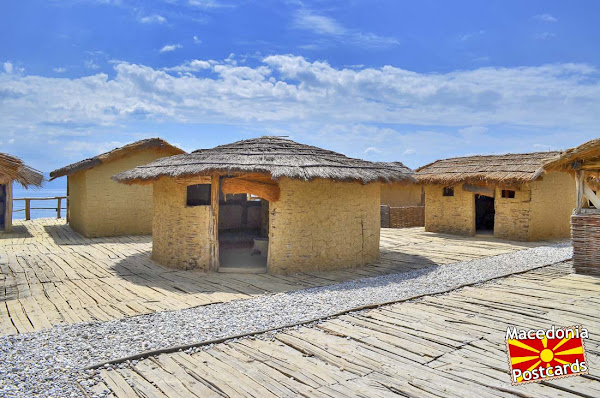 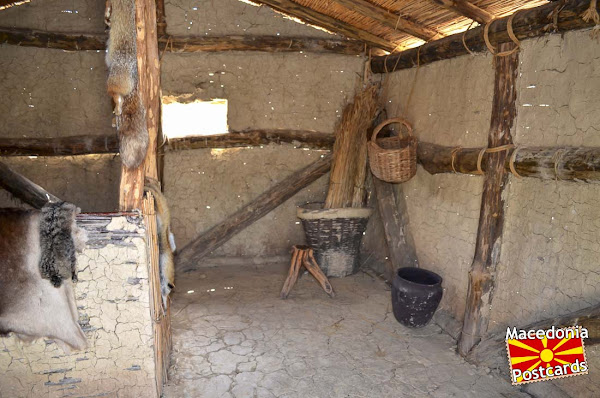 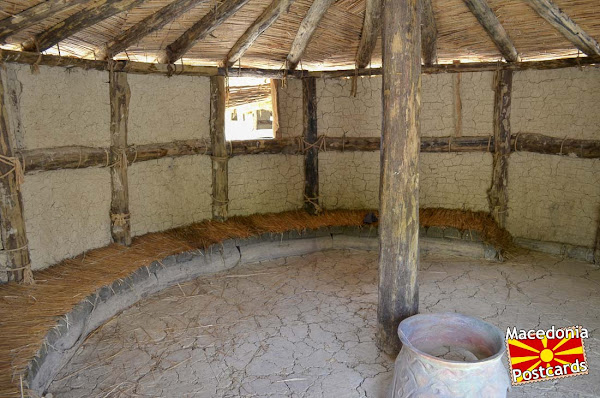 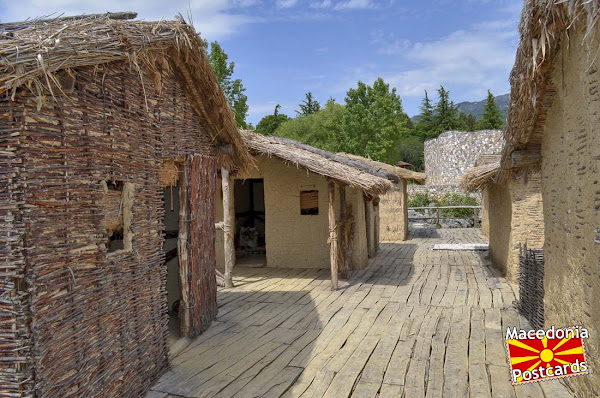 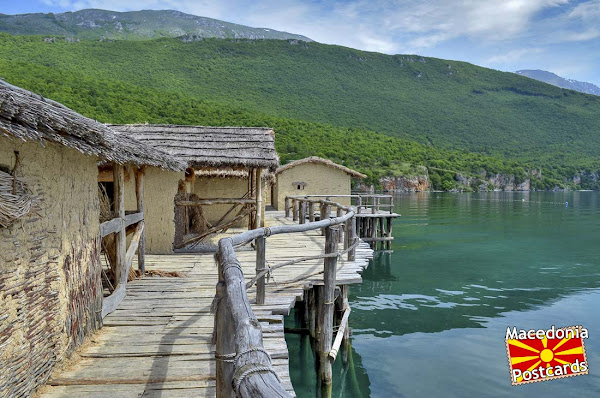 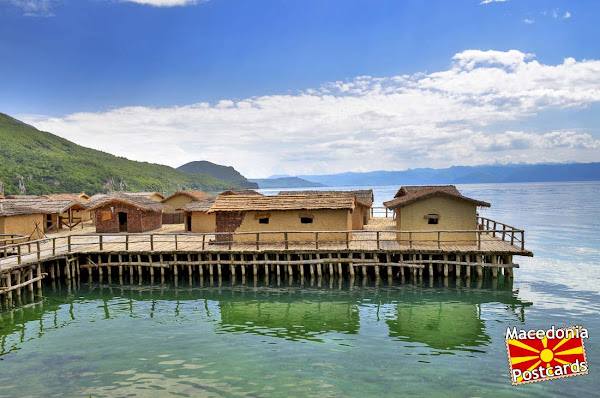 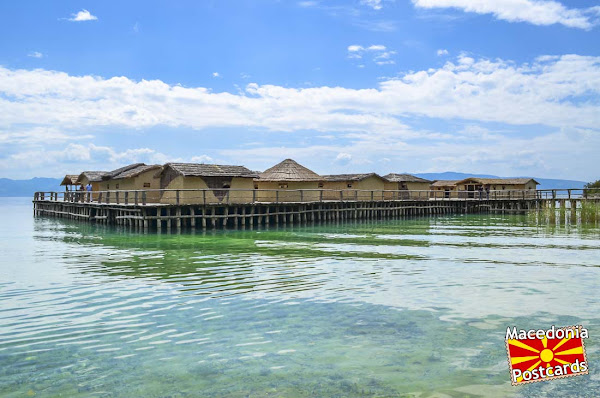 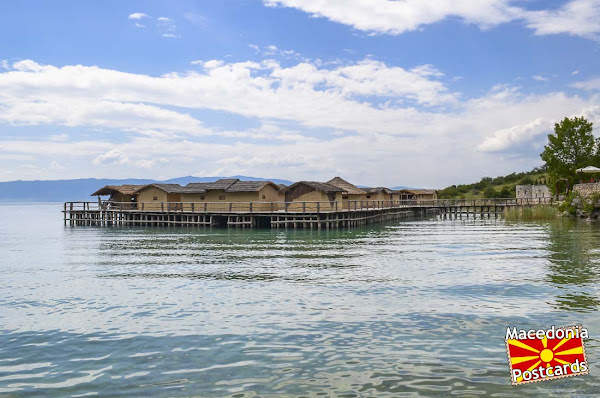