Saint Naum (Св. Наум) monastery is located on a high cliff above the Ohrid lake. This monastery is connected with the name of Saint Naum, an associate of Saint Clement (Kliment). Saint Naum before the end of his life founded the monastery of St. Archangel in the year 910 and within he is buried. 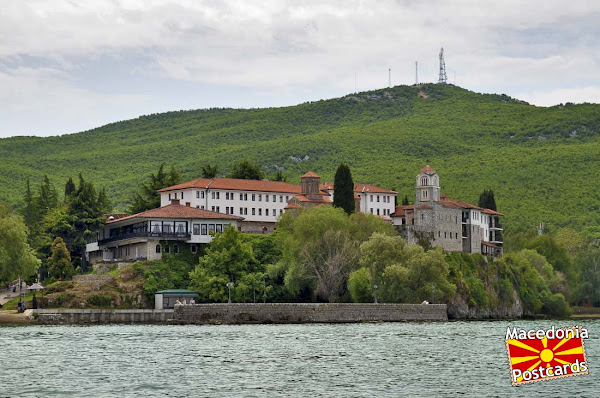 According to the latest studies to the architecture of the church – the original monastery church St. Archangel, which was raised by Saint Naum, was almost identical to the today’s church St. Panteleimon in Ohrid. Later, Naum’s church was completely demolished.

During the Ottoman Rule, the present church was built in two stages.

At first when it was upgraded, the nave was built, narthex and the chapel in which is the tomb of Saint Naum, and in the second stage two domes over the nave and narthex were built. 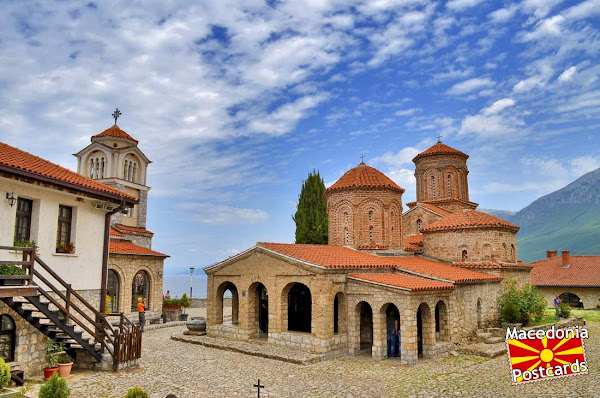 Accommodation in the vicinity of St. Naum Monastery:

The present church bears traces of alterations and it has the form of a cross inscribed in a square space with arch supported by four pillars, above the narthex was added similar dome (arch) high tambour. Saint Naum’s tomb to the south is a separate building with wide and low dome.

The outside walls in the lower part are from well-formed stone and the domes are exclusively from bricks. 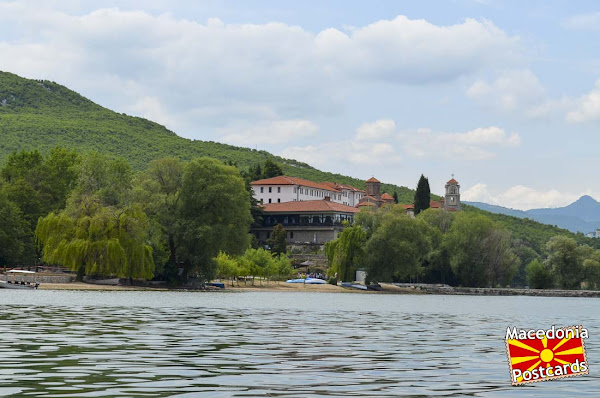 The older layer of fresco painting that occurred during the restoration of the church has preserved traces in the narthex – on the west side and behind the pillars near the corners. The newest painting in the nave and the narthex is from 1806, and was painted by Trpko from Korca.

The church has a richly decorated wood-carved iconostasis made in 1711.

On the Iconostasis are placed valuable icons, which are made by the fresco painter Konstantin (Constantine) in the year 1711. Konstantin made the group of small icons, among which we can particularly emphasize “Crucifixion of Christ ” and “Entry into Jerusalem”, as well as the icons of Mary with Christ, Jesus Christ and the Assembly of the archangels.

The icons of the iconostasis of the church belong to the best examples of icon painting from the first half of the eighteenth century.

The church is located in a closed circle of inns with a dining room and auxiliary buildings, erected after the great fire in 1875.

Monastery Saint Naum after the great fire in 1875

How to get to Saint Naum Monastery

There are buses going from Ohrid to Saint Naum every day, and also during the summer an excellent way to visit the monastery are the boat tours through the Ohrid Lake, for which you can find more info on Ohrid city port.

Today, the Monastery of Saint Naum is one of the most visited tourist locations in the Republic of Macedonia.

In the property of the monastery, the beautiful “paradise” birds – peacocks can be seen, the birds which are considered a symbol of Christianity. They will welcome you with their screams, which can be heard as far as the Crn (Black) Drim springs. 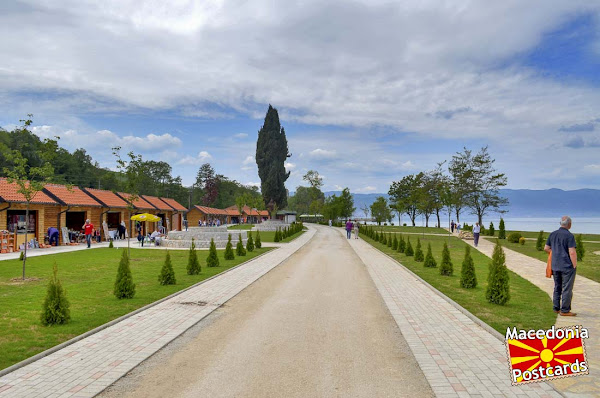 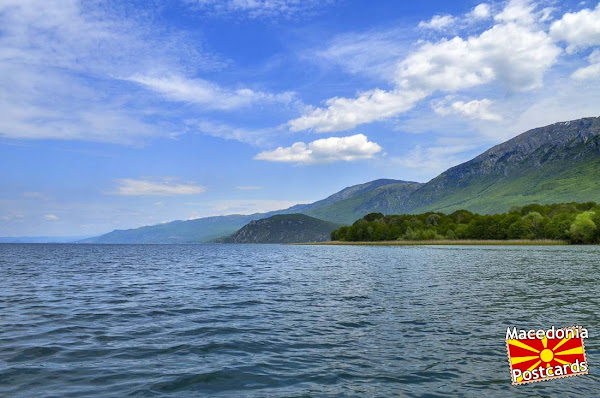 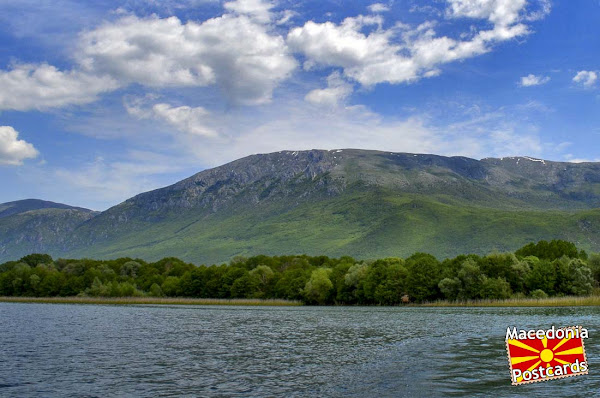 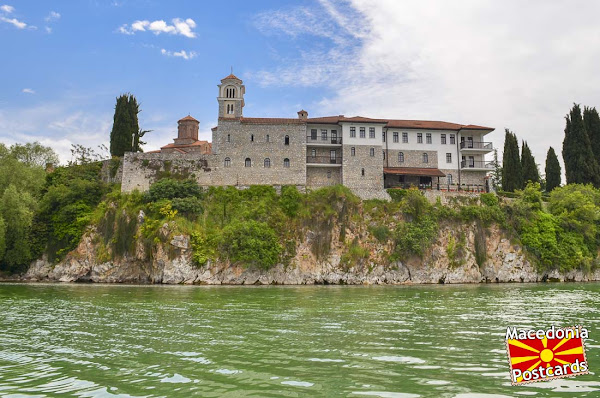 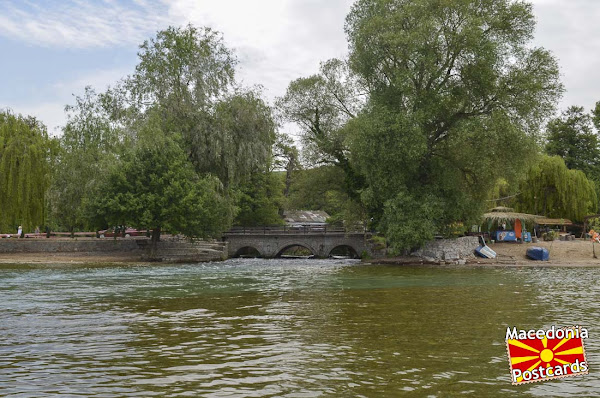 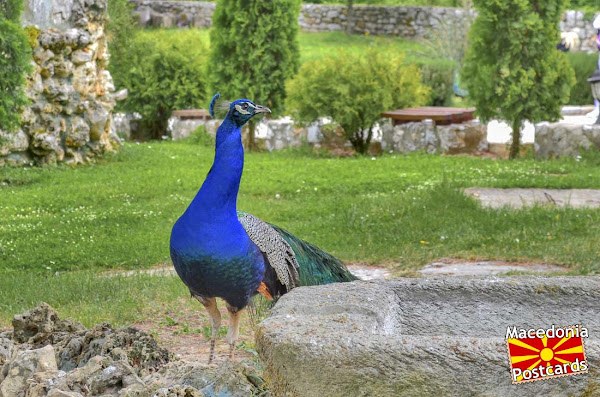 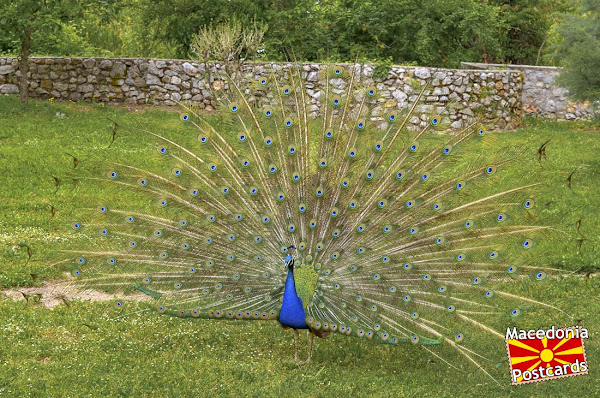 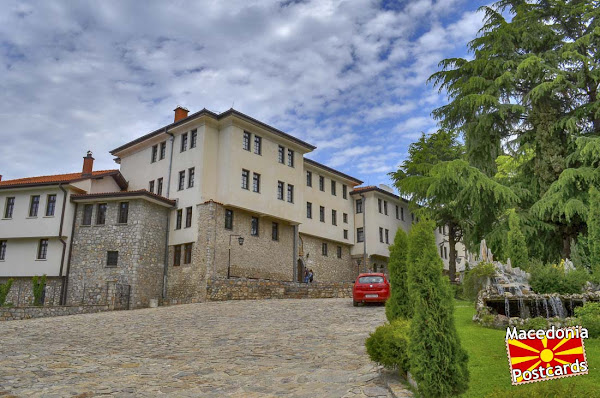 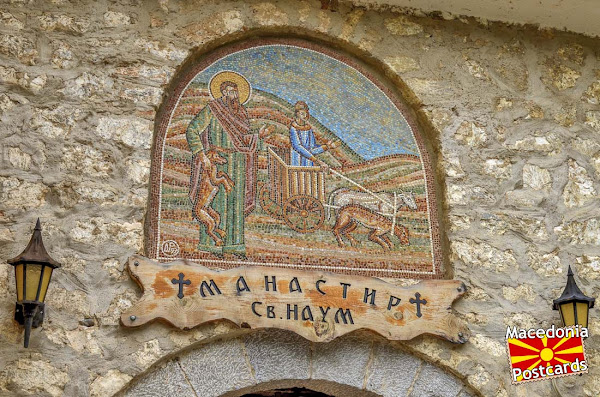 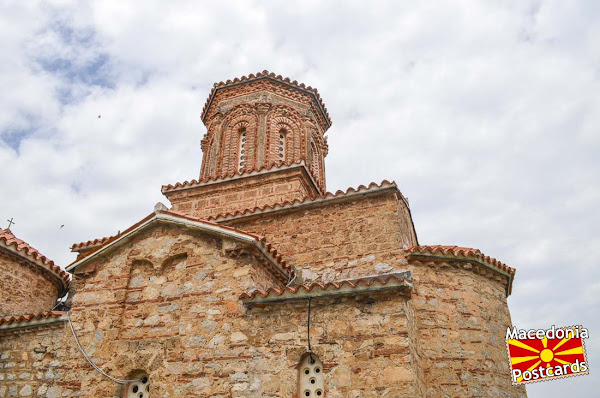 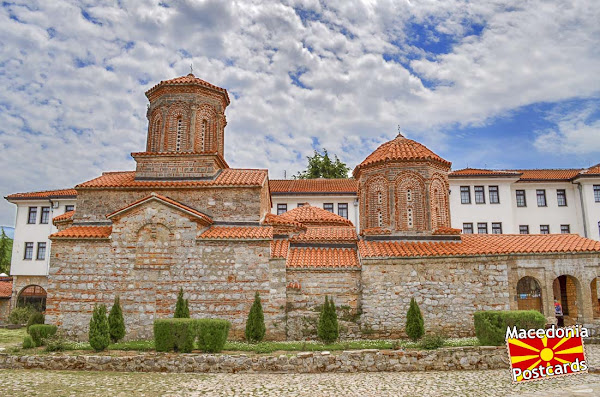 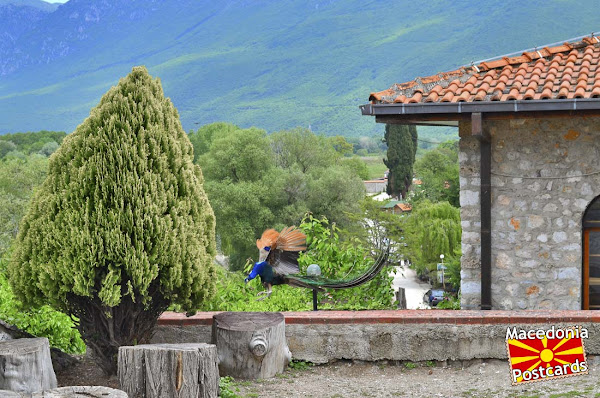 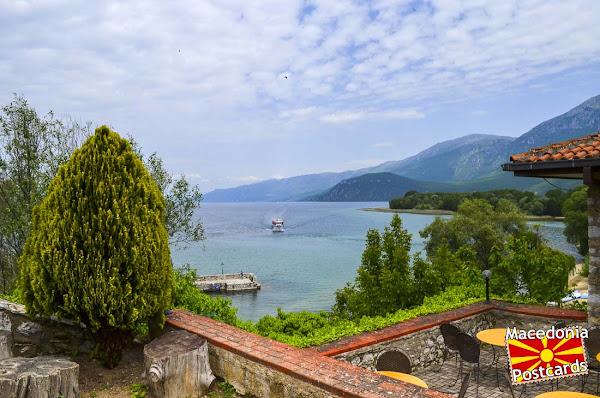 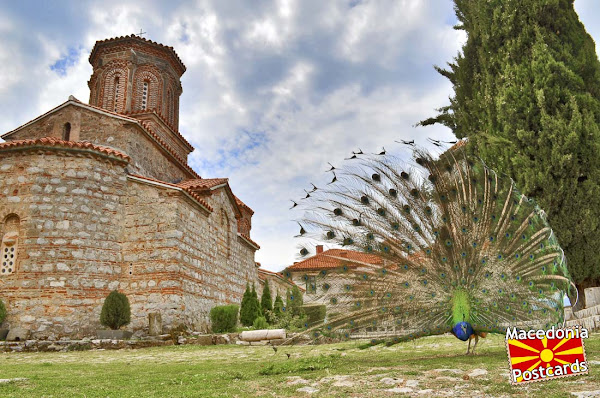 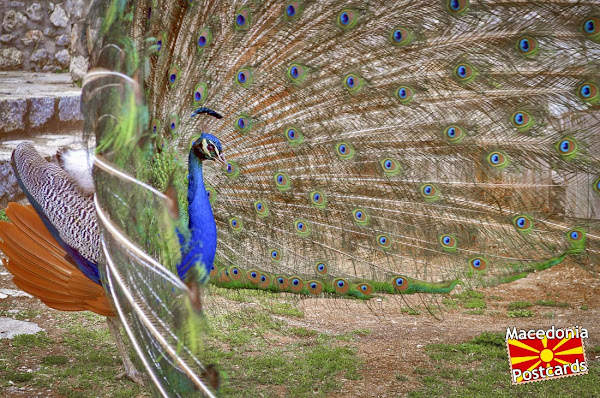 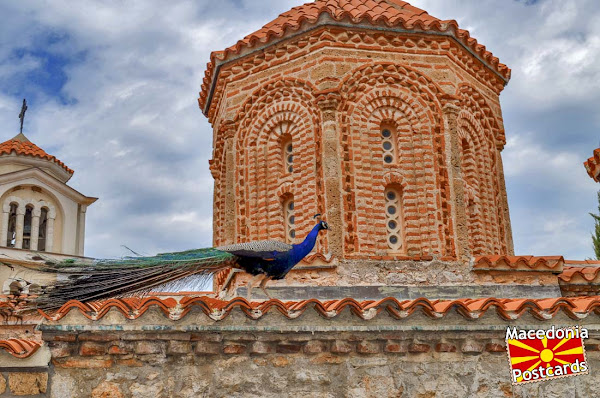 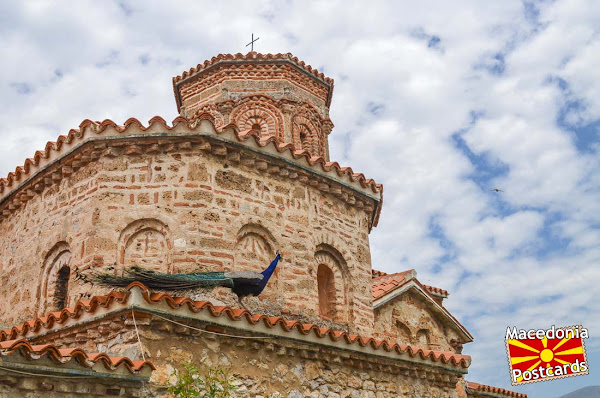 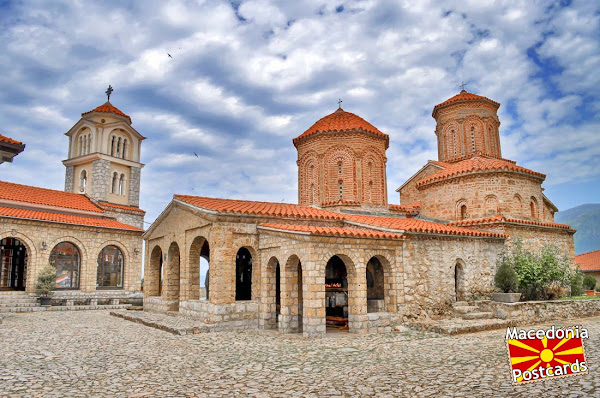 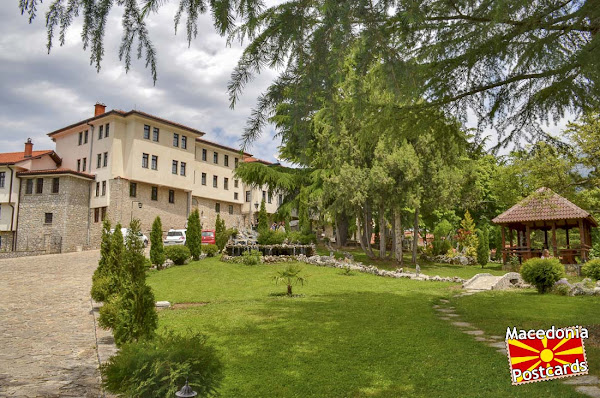 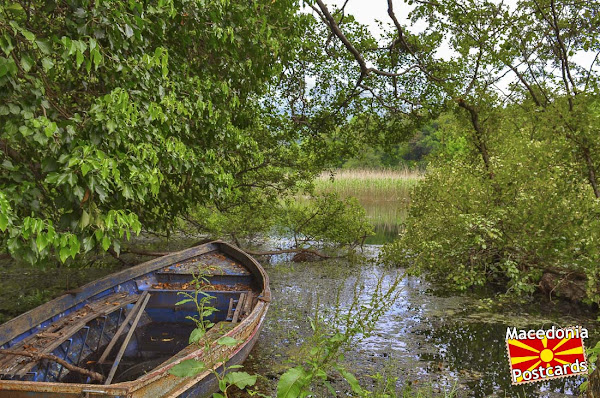 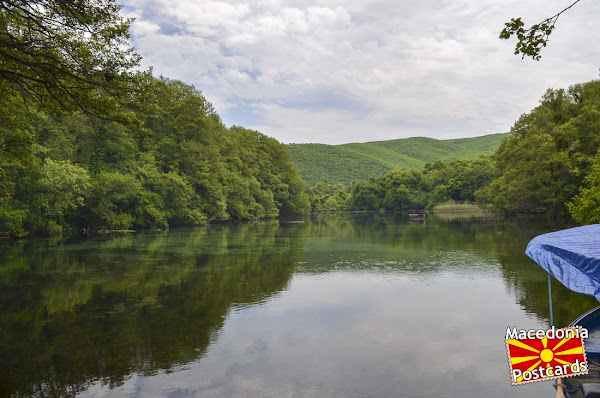 Treskavec Мonastery near Prilep – Dormition of the Mother of God